SSergio, a thirty-year-old man works in a big supermarket. His wife Angela, ofSpanish origin, is about to have their first child. Although the doctorsdiagnose a serious malformation (anencephaly) the parents and specially themother, who is deeply religious, have decided not to end the pregnancy. Thebaby is born and christened but the doctors predict that it only has a few daysto live. The parents react in completely different ways; Sergio sinks into adepression while Angela hopes for a miracle.While they are facing this situation, the police are investigating the suicideof a young sales girl at the supermarket where Sergio works because they havefound out that just before she took her life she had been raped. Sergio, who accompanied her to her house the night before the suicide, is among thesuspects…. 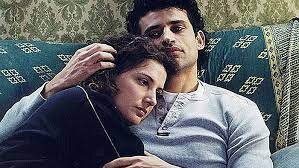